Amity ~ A Dedication to Mares: Part 1 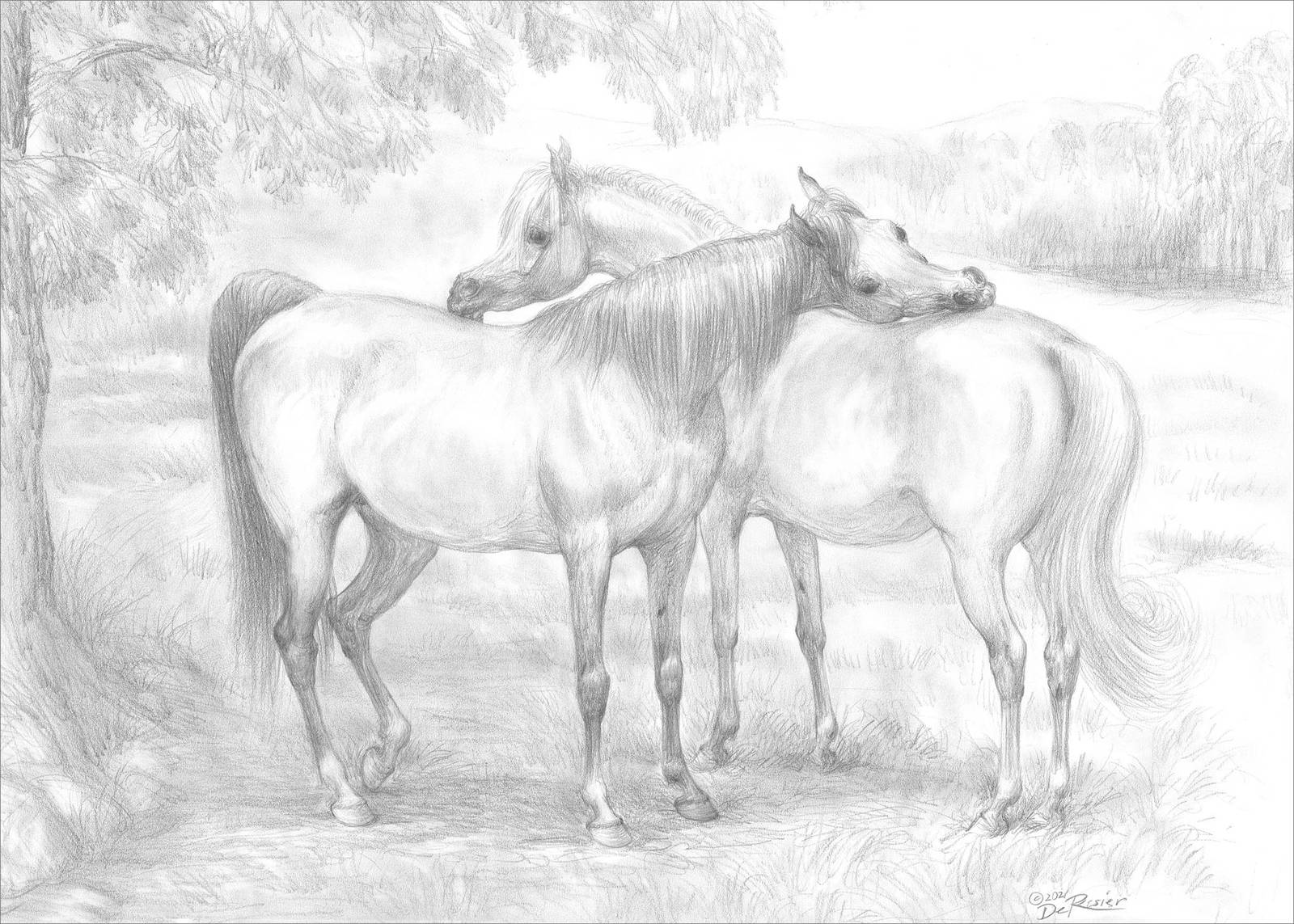 Part 1: The Story of Amity

With Postscripts by Claudia Darius and Marlies Darius

and featuring the art of Deborah Rush DeRosier

When Claudia Darius and I began to discuss the content for The Arabian Horse Project’s inaugural series, we knew it was to be about the Arabian mare—a subject which has been discussed in many ways throughout the centuries, but still, with endless possibilities. We were also very committed to Deborah Rush DeRosier’s involvement and artistic contribution. We envisioned a three-part series, the first of which was to be more general, focused on our emotional attachments for which we would invite members of the community to share special experiences.

However, the creative process is fascinating and magical, especially when shared with others. I can speak for myself when I write that I do not have a great deal of experience collaborating at this level, as my work has been done primarily alone. But the overall project Amity: A Dedication to Mares, has not only been gratifying, but it has also expanded my creative horizon, as well as my skill level. Initially, the three of us shared the same vision for what we wanted to accomplish. However, as the process began, it took on a life of its own, which each one of us helped shape.

Many of us in the Arabian horse business are self-reliant and in full charge of our destinies. Often our decisions are quickly made—yes or no—then move on to the next. With that in mind, as we began the discussion on possible subject matters for the drawing, which was to represent the series, Claudia presented a cell phone image that held great personal meaning to her. Although I felt the image to be a darling one, my first reaction was that it was not powerful enough and therefore, should probably not be considered—and done. She accepted and we continued to ponder.

However, by this point, Claudia and I had spent a great deal of time brainstorming and exploring ideas—in every direction. Several of our conversations have started with, “This might sound crazy…” or “Don’t laugh…”. But seeded in these dialogues were the foundation for some of our best and most creative ideas—and I might add—ideas that neither one of us could have cultivated alone. On another level entirely, it has also been a source of personal growth to let someone else guide the creative process and to just “see” where it leads. Therefore, as I have learned to trust 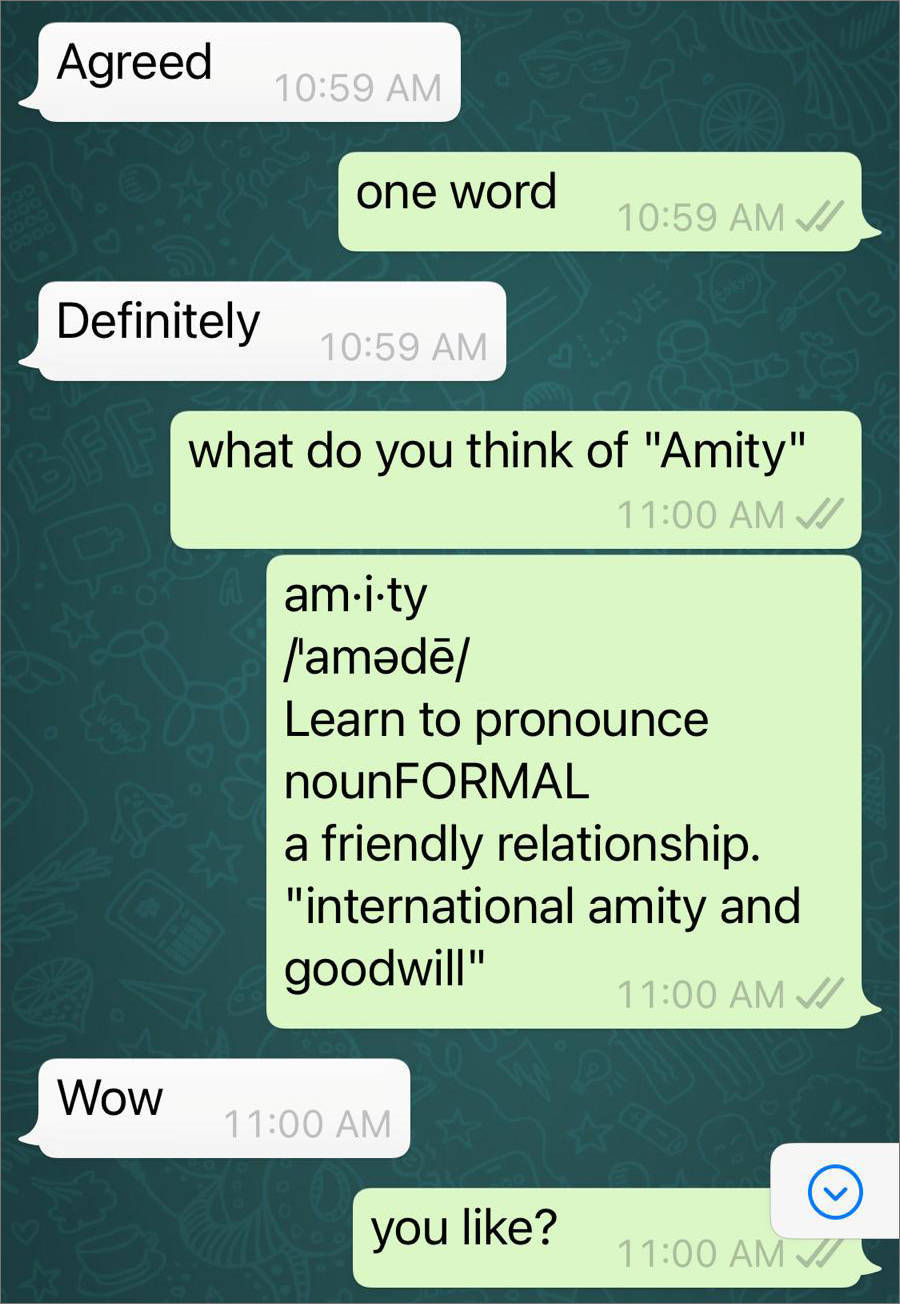 Claudia’s intuitions, I reevaluated my opinion of the image and agreed that it did have the potential to provide the inspiration that we required for our first article. Fortunately, Deborah was also enchanted, so the choice was finalized.

Once the sketching began, Deborah maintained an impressive level of transparency. She shared her progress and remained entirely open to our thoughts—not just a sign of her professionalism, but also, her trust, for which we were grateful. However, it was interesting how she was always one step ahead. As an experienced judge, Claudia contributed a deep knowledge of conformation. Although they were able to share detailed dialogues regarding this topic—at every step—Deborah already knew what needed additional attention.

In the meantime, Claudia and I concentrated on the overall project and how it would be marketed. One thing we discussed was the title of the drawing as we both felt this to be important and we wanted to ensure continuity. Although it was agreed that we would like to use one word to name each drawing created for this project, the final choice was to be made by Deborah. Through a brainstorming dialogue on WhatsApp, we quickly decided on the title Amity—and hoped that Deborah would feel likewise. Over the phone, I presented our idea and was so grateful when she felt the same.

The final stages of Amity were exciting. In her unique style, Deborah took life, turned it into art, and then gave it life again. As we have all experienced, mares can have a wide array of moods as well as complicated relationships with each other in which boundary lines are fluid. However, within their spectrum of emotions, there can be tenderness—and not just with us, but with each other.  Amity is a beautiful representation of the loving relationship mares can share—and Deborah’s portrayal is beautiful, accurate—and for me, emotional.

As I reflect on the development of Amity, I smile. From beginning to end, the drawing proceeded very naturally. For years I have admired a print that I have framed on my wall titled On The Alert—Three Grey’s, by Deborah Rush DeRosier.  However, before co-founding The Arabian Horse Project, I would have never imagined that one day I would have the privilege to work closely with Deborah and certainly not the opportunity to contribute to something as meaningful as Amity.

When Deborah, Lisa, and myself initially discussed subjects for the drawing to be used for the first article about mares, I was asked to supply ideas and/or pictures for inspiration. Immediately I knew exactly which image I wanted to submit for consideration. Years ago, my mother, Marlies Darius, took a cell phone photo from the window of our master bathroom on the first floor of our house—and I loved it at first sight.  It was a casual pastoral scene with two of our Russian mares in close and intimate contact. To 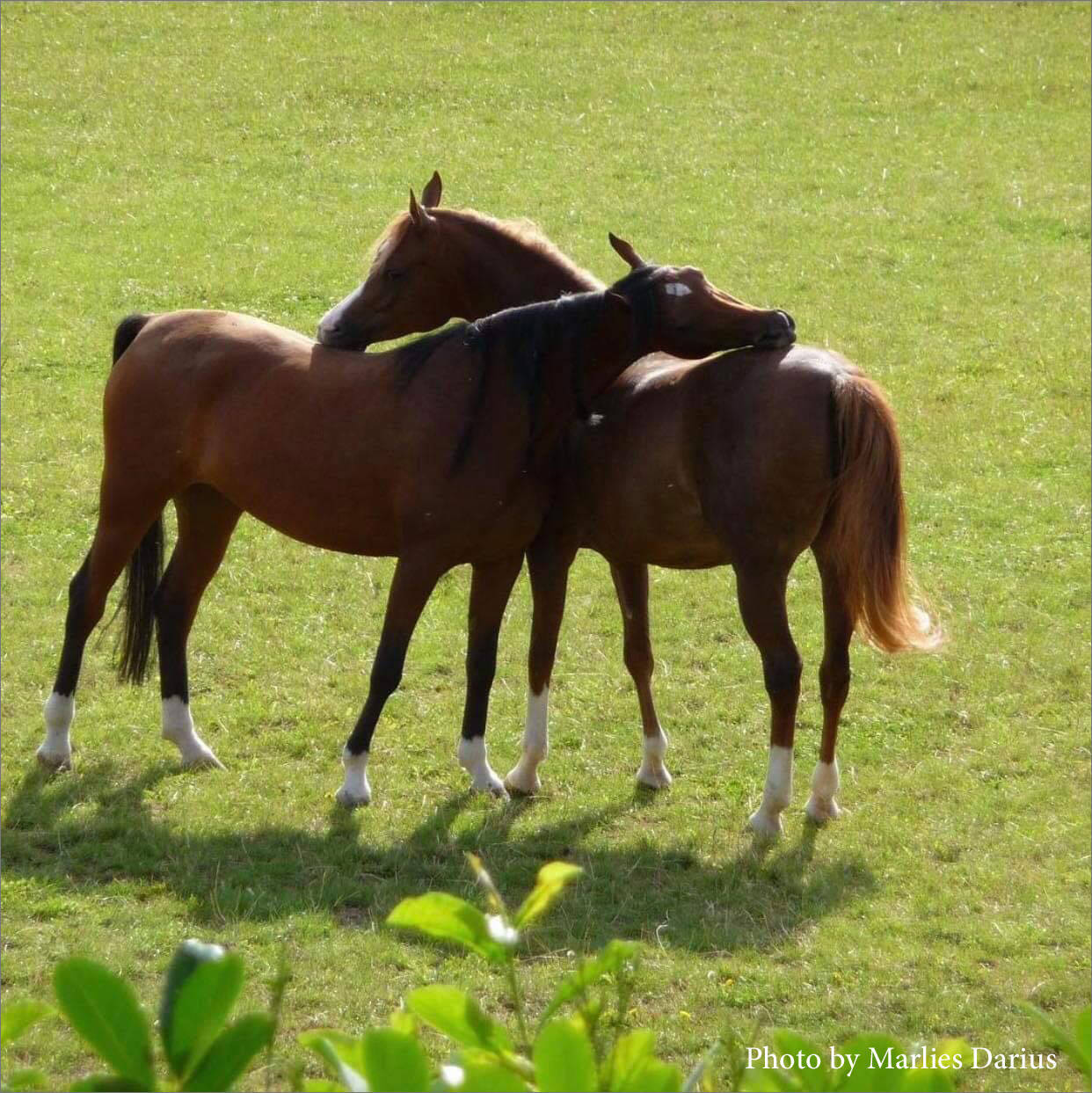 me, this not only was an incredibly special moment to capture but also, it typified our daily life at Darius Arabians.

After submitting my idea, although the initial feedback was not encouraging, we did all agree to use the image. However, from the very beginning, I knew the picture had the potential to represent the overall theme of our project. Then, as Amity slowly transformed from a sketch to having life, it began to influence the focus of our literary endeavor. We decided to call everything Amity as we wanted our words to reflect our feelings for the drawing. From a personal perspective, Deborah’s inspiration captured the peaceful atmosphere of our farm, the grace of our mares, their intimate interaction and created something my family will treasure for the rest of our lives.

Darius Arabians is a family affair in which we all have a role. My involvement in the daily lives of the horses increased when we settled here in 1999, on our farm in Düren, Germany. One of the things I enjoy most is being able to watch them in the paddocks and green pastures from my kitchen and bathroom windows. One day, by chance, I saw our mares HK Kamria and Da Rhomara cuddling each other, framed by three branches—and it was so beautiful. Luckily, I had my phone and was able to photograph them through the window. After showing it to my daughter, who is normally critical, she said, “send it to me ASAP.”

Of course, I was pleased that Claudia occasionally used the picture to promote the farm. But when I was told that she and Lisa have chosen it to be the inspiration for a drawing by a famous artist—I was honestly shocked.  From time to time, Claudia showed me sneak peeks as the drawing of Amity progressed and I could not be prouder. Deborah has turned my private moment into an everlasting piece of art!

The Arabian Horse Project would like to thank Deborah Rush DeRosier for the usage of her original drawing Amity and for the opportunity to collaborate. We would also like to thank Arabhorse.com for its professional support and media platform.

The original drawing Amity, by Deborah Rush DeRosier, was commissioned by The Arabian Horse Project and is owned by the Darius family.

The Arabian Horse Project is a Not For Profit collaboration dedicated to the Arabian Horse and its international community and has been co-founded by Claudia Darius (GER) and Lisa Abraham (USA).