Few horses enjoy the level of loyalty Afire Bey V did with his core group of humans. He was raised in the idyllic pastures of Varian Arabians, then traveled to Michigan to train with Tim and Marty Shea, who introduced him to his eventual new and final owners, Dave and Gail Liniger, owners of Remax Realty.

"It took about five seconds of looking at him and I absolutely loved him," recalls Liniger. "I'd looked at 75 to 100 stallions over a period of several months. I was looking for a foundation stallion who could do what I wanted to do, and I was very taken with him. When I went up to him, he was very gentle; I felt very comfortable standing side by side, without a halter on him. Here's this stud who had been all puffed up and snorting and carrying on and the next minute I'm standing there with my arms around him, and I thought, 'this is way cool.' In less than 10 minutes, we made an offer. And the rest, as they say, is history."

Afire Bey V continued to live under the watchful care of Tim and Marty Shea, and was loved until his death on November 25, 2015. He was 30 years old. ‪#‎GreatMoments‬ ‪#‎AfireBeyV‬ 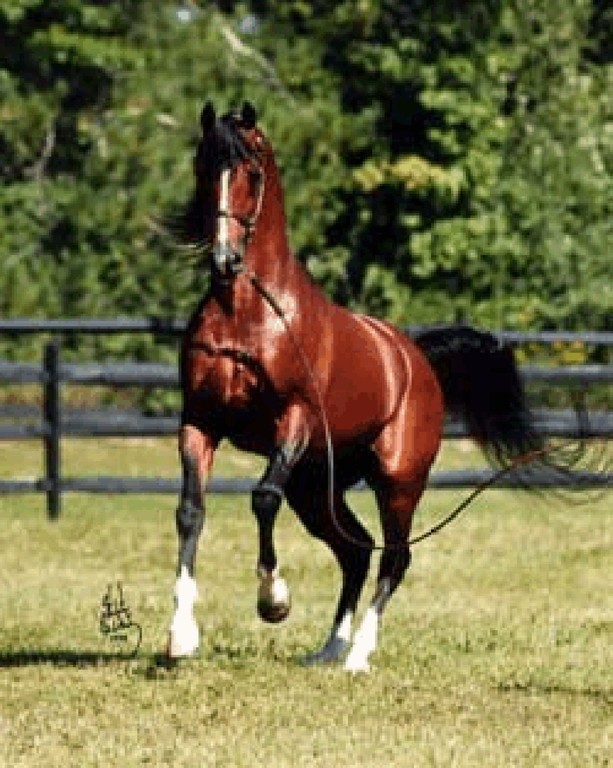