When General Dickinson Priced All Foals the Same

In fact, he is quoted as saying, "We believe success depends upon pleasing every customer as much as possible, and we bend every reasonable effort to sell the product of our stud where most apt to give satisfaction. We believe we now have and are breeding better Arabs than in the past, and offer our produce at prices commensurate with costs and maintenance. It is our earnest hope that every Travelers Rest Arabian horse will prove to be satisfactory and worth more than is paid for it."
#GreatMoments #TravelersRest 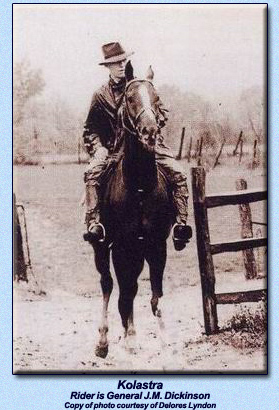