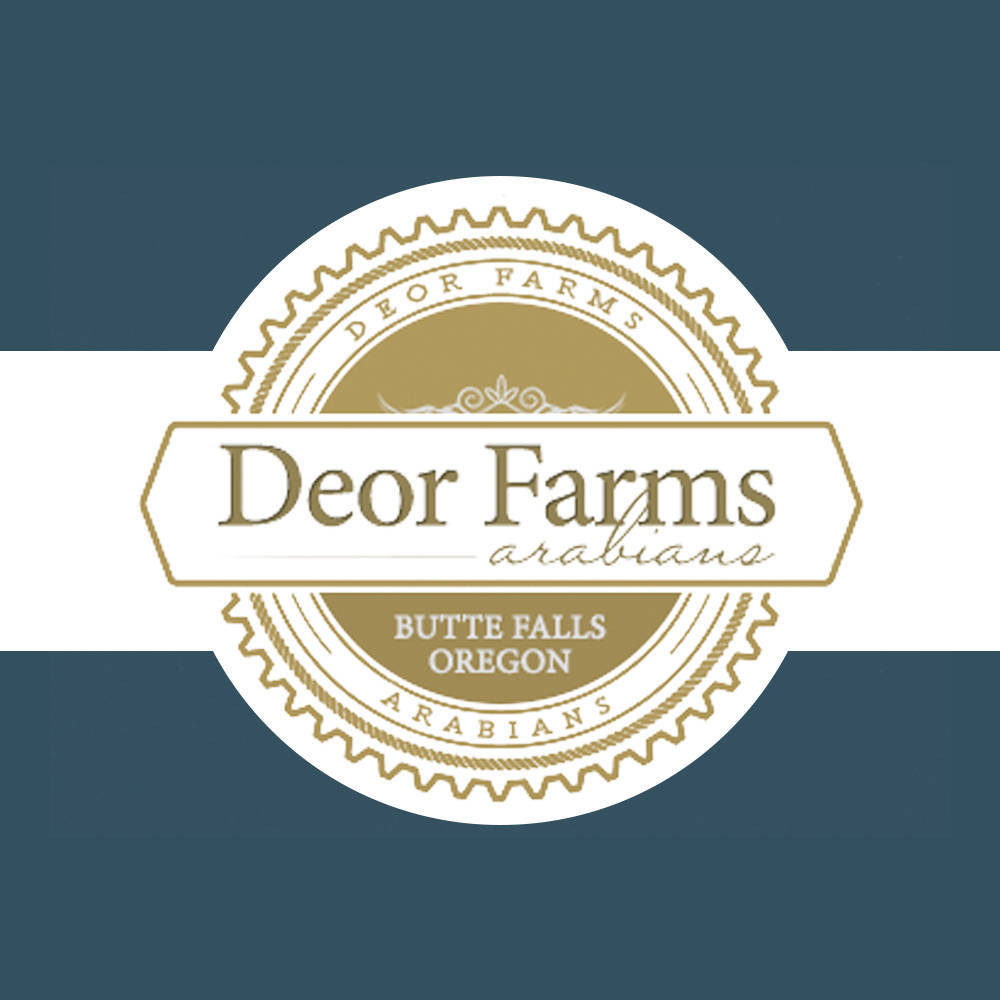 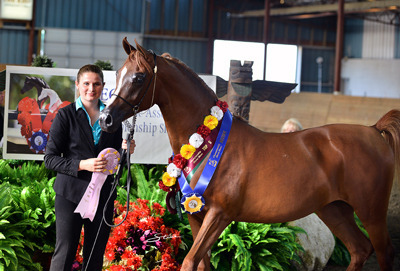 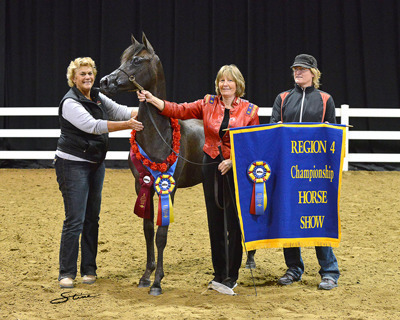 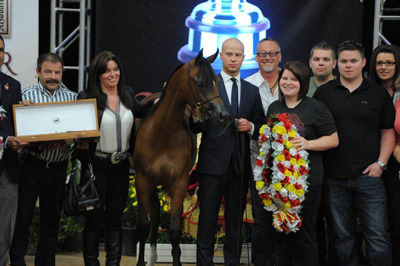 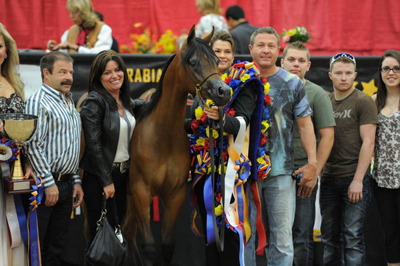 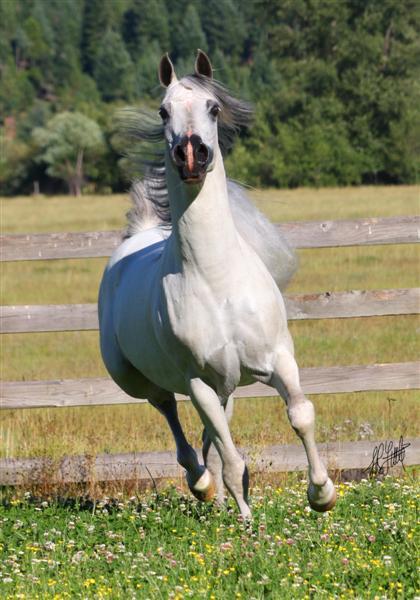 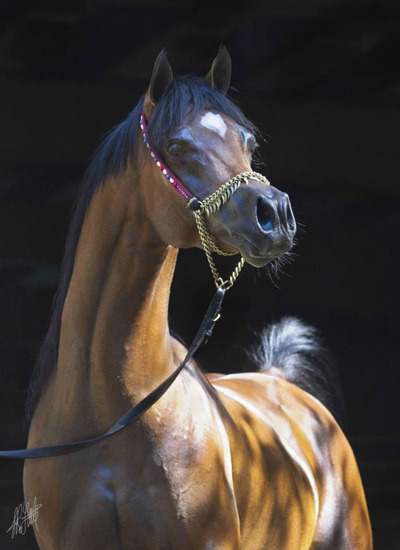 Back in 1976 the biggest news in the Arabian world was that a 25 year old girl had just paid a record price for an Arabian mare at the Nichols Arabian Sale. This was no ordinary mare, and her new owner was deeply committed to being a serious breeder, having begun her study of Arabian bloodlines at age 9.

The mare was 1972 U.S. National Champion Mare *Elkana++, who had been imported by film director Mike Nichols from Poland, and the girl was veteran breeder Aude Espourteille. "*Elkana++ was my best friend in life, " recalls Aude. "She was that once in a lifetime gift to be treasured forever. She was the love of my life, and it was an honor to care for her while she visited this earth. We lived together for most of her life in a little corner of paradise, a mystical place where dreams come true?a place I named Deor Farms so long ago."